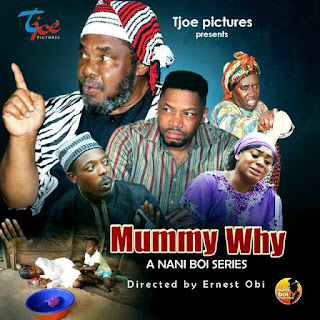 Henry was only twelve years old when his mother died of  cervical cancer. CC as it is mostly called by Umunze inhabitants; it is said to have been the disease that killed most of the women and girls in Umunze. Henry and his only brother Gabriel were left to be trained by their poor father. Their late mother has been the bread winner of the family before she died. Mr Njoku, Henry's father lost his job six years ago and ever since then he has been finding it difficult to get another job.

Henry decided to stop schooling so he can assist his father in putting food on their table. He contemplated into working as house help. After discussing it with his father. His father agreed and so Henry decided to give it a start

Henry got a job as a house help in the subsequent week. He was working in the house of Mr. Elias Nwafor, who happens to be a good man, though he travelled after employing him. Mrs. Elias happens to be a wicked woman who find pleasure in maltreating Henry. Henry still took her as mother, no matter her hatred to him. Less than a month she added many scars and stripes on Henry's skin that made his skin look like that of a zebra.

The children of Mrs. Elias barely do anything in the house. The torture became worse to the extent she barely feed Henry. Henry always sleep in the small apartment given to him and at the end of the month, after collecting his salary he always send 50% to his father to train his younger brother and take care of himself. Henry will save the remaining for future use. Henry never mentioned how he has been maltreated by Mrs. Elias to anyone not even his father. Each time he returned home by month end the for weekend visit, his father always ask him about the scars on his skin but he always lied to cover up the truth in its root.

One day when Mr. Elias returned, one of his younger sons reported to him how their mother always beat Henry and that she's guilty of child abuse according to what their teacher taught them in school. Mr. Elias confronted his wife who blatantly denied the allegation. She continued her wickedness to Henry each time she is alone in the house with him.

Though the little boy always take her as his mother and call her mother, but she's not comfortable with him calling her mother. She bit him the more telling him to go look for his dead mother. Her wickedness became obvious that the husband easily notice it each time he returns from work and neighbours began to notice it each time they hear the scream of Henry. She decided to remove Henry from the house since the husband now have great love for Henry. Mr. Elias noticing this maltreatment, enrolled Henry in a good school to continue his education which brought out the devil in his wife.

One day after she finished preparing dinner, all the family are on the dinning eating. Henry was in his room reading. Though Mr. Elias travelled for two days meeting. She served Henry his food in his room which she had already poisoned. But Henry decided that he will eat after studying. One of the sons of Mrs. Elias entered Henry's room as he always do to play with him but Henry told him he's studying. Danny as he's called decided to taste Henry's food. He said "Henry can I taste your meal, it seems mum even added enough meat for you today, can I as well take a bite" Henry who didn't know the secret behind Mrs. Elias food, gave Danny a go ahead. And Danny started eating the food. After he took a full spoon the third time. He started screaming and vomiting blood and he died almost imperceptibly. Then the mother rushed in, she found Danny lying  dead with his mouth clustered with blood. She accused Henry of killing her son. She wept , wept and wept bitterly. Henry was astonished and devastated.

The sad news get to Mr. Elias who immediately took the next flight. On getting home he found police arresting Henry. He knew Henry can't do such a thing. He threatened his wife to confess and say the truth since she cooked the food and Henry haven't touched the food then she killed her son. She became speechless and tears gushed out from her eyes. She didn't know when she muttered in her words saying " I didn't know Danny will eat Henry's food. I prepared it for henry to eliminate him, please forgive me". Having heard her confession the police took her away and Mr. Elias with tears hugged Henry. And decided to train henry and his brother as his own  children