SEE THE YOUNG PHILOSOPHER THAT IS LAUNCHING HIS BOOK 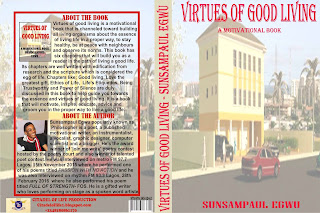 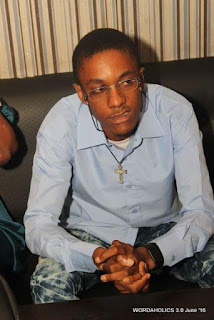 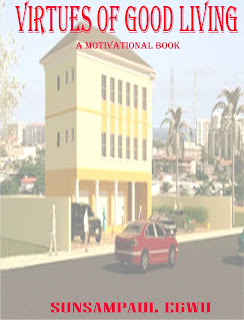 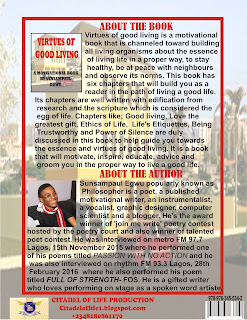 After he published 1000 hard copies of his first book in 2014 titled Ikenna and the zebra (prose), he wrote down a motivational book "Virtues of good living" ending of 2016 and decided to publish it on his birth month being February 2017

Virtues of good living is a motivational book that is channeled toward building all living organisms about the essence of living life in a proper way, to stay healthy, be at peace with neighbours and observe its norms.
This book has six chapters that will build you as a reader in the path of living a good life, its chapters are well written with edification from research and the scripture which is considered the egg of life. Chapters like;  Good living,  Love the greatest gift, Ethics of Life, Life’s Etiquettes, Being  Trustworthy, Power of Silence are duly discussed in this book to help guide you towards the essence and virtues of good living.

This book is the property of Sunsampaul Egwu which happens to be his third published work. Virtues of good living is not just an ordinary book, it is a book that will motivate, inspire, educate, advice and groom you in the proper way to live a good life. Remember what you read determine how you will lead. What you cook determine how you look and the way you live your life determine things what motivates you. Make virtues of good living motivate you as you read and share it

Sunsampaul Egwu popularly known as Philosopher is a poet, a published motivational writer, an instrumentalist, a vocalist, a graphic designer, a computer scientist and a blogger. He's the award winner of ‘join me write’ poetry contest hosted by the poetry court and also winner of talented poet contest.

He’s the President and Chief Sacristan of Armed forces Altar Servers Association. He was interviewed on metro FM 97.7 Lagos, 15th November 2015 where he performed one of his poems titled PASSION WITH NO ACTION and he was also interviewed on rhythm FM 93.3 Lagos, 28th February 2016 three days after his birthday 25th February where he also performed his poem titled FULL OF STRENGTH- FOS. Both interviews and voicing were under vividverses.

Sunsampaul has written many books to the nation such as W.O.S(words of salvation),W.O.T(words of transformation),W.O.W (words of wisdom),W.O.E(words of encouragement) that are undergoing editing. He's the writer and author of the African folktale ‘IKENNA AND THE ZEBRA’ (2014) with grammatical construction that aid the English of children and youths with graphical and artistic illustrations and glossary. He has released his audio poem album titled ‘WHAT WOULD YOU DO?’(2016) under the influence of Prince Ifeanyi Dike in Greenage Studio Allen Avenue, Ikeja, Lagos, Nigeria and an anthology of poems titled ‘SAVE THE WORLD.’ Sunsampaul is a youth with much zeal to help other youths and also a teacher.