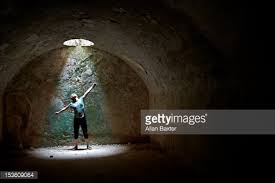 SAVE THE SLUM by Sunsampaul Egwu 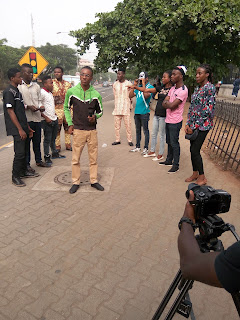 They're suffering.
They passed through excruciating pains.
They were beaten, battered, shattered, scattered, and battered.
We always say they're leaders of tomorrow.
But they're living in sorrows.

¶¶
I'm tired of waiting
for the melancholic news,
our tears and blood has failed to break.
Our truncated imaginations failed to trace
their agonies that split at dust.

¶¶¶
But turns our eyes to oceans of sorrow.
Our homes a graveyard to mourn our daughters.
As scatterings of stars all over nation watch night race.
Our closed-open eyes harbour the sorrowful stories of sambisa gods.

¶¶¶¶
Let placards embellish streets and shrines to bombard squares.
Let the echoes of our voices not be held by hiccup.
Let not our drop-down tears,
fall on deaf ears, so they won't say they didn't hear,
all because of fear.

¶¶¶¶¶
I'm optimistic that I'll fight those
who steal sleep out of our eyes.
And even though my dreaming-sleepless night,
refuse to achieve its aim.
I'll sail through the deadly moon
of our ancestors, to appease the gods of the lands.

¶¶¶¶¶¶
The slum is where souls eat once in three days.
The slum is where futures are destroyed.
Mentors can't be seen;
yet talents are found hovering in the air
Babies breastfeeding babies
Brothers fighting brothers.
While others are dying of cholera.