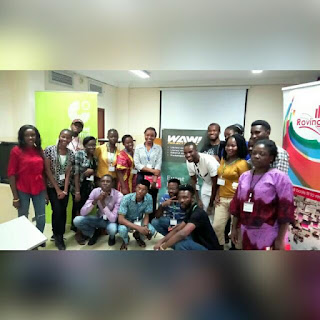 Let this night not fight
The light of tomorrow like a knight,
Even if the sons of darkness becomes darker,
It can never tell the sons of light to stand
attention
Even in a police station.

Come ye all sages of the night,
Let's join our quills and push out ink
To scribble on these
dabbled marbles of change
So our unborn children
Won't suffer what we're suffering.

Let us lead the cat out of the bag,
And our skins vomit spittles of vengeance
So those on the mountains
Will know we are alive
When ever our sweats  penetrate.

Even if our days are chasing days,
Our lands are getting timid,
Our eyes are saluting darkness,
Our veins are begetting blood,
Let's show them we are not wussies to be fussed

Sunsampaul Egwu Philosopher is a poet, a
published writer, an instrumentalist, a vocalist, a
graphic designer, a computer scientist and a
blogger. He's also the President and Chief
Sacristan of Armed forces Altar Servers
Association.

He was interviewed on metro FM
97.7 Lagos 15th November 2015 where he
performed one of his poems titled PASSION
WITH NO ACTION and he was also interviewed
on rhythm FM 93.3 Lagos 28th February 2016
three days after his birthday 25th February
where he also performed his poem titled Full Of
Strength- FOS. Both interviews and voicing were
under vividverses.
He's the C.E O of Citadel of Life, a pioneer of
Ghetto city of poetry, an active member and
contributor of Peregrine Reads, Poets in Nigeria
PIN, Figure of speech FOS, the poetry court,
writers connect, talented poets, transformed
family, 663 academy, words, rhymes and rhythm,
literaNation, writers lodge, doveline poetry, ODP-
African poets and vivid verses.

He's the writer and author of the African folktale
IKENNA AND THE ZEBRA (2014) with
grammatical construction that aid the English of
children and youths with graphical and artistic
illustrations and glossary.

Sunsampaul Egwu Philosopher has released his
audio poem album titled I WEEP(2016) under the
influence of Prince Ifeanyi Dike in Greenage
Studio Allen Avenue, Ikeja
Posted by Unknown at 6:42:00 AM No comments: