WHEN A POET DATES A POETESS.(a poem by John Chizoba Vincent) 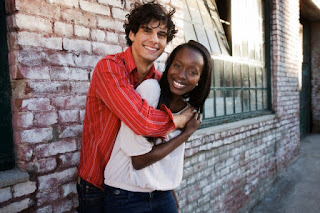 When a poet dates a poetess;
They all go insane of words to use,
They may have no time to make love.
Poet here, poetess there, back to back
Without anyone believing each other.
Dinning is personified and oxymorously planned;
The poet knows what poetess have in mind,
And the poetess trust not the poet; beacuse all
His words she believe are exaggerations.

Separate bedroom are made for each other
Because, the inspiration must come from different air.
He argues most  times because he has
different view or perspective on something.
This paint that and, that paint that in his or her own way.
No room for exchange of glance because he
Knew the weak point of the other and can use it.

Do not dates an intelligent poetess in the morning,
Her morning nagging and pointing will shock you.
When she urinate on the foam, it becomes the poem
That wake her up to see the world in its beauty.
When in the kitchen, your spoon becomes her man,
In the toilet, your closet becomes her seat of hope
In the white house where demons fear to trade on.


Your body language becomes his table and a poetic Line,
He looks closely to your smiles, the ones that hurt
He put down on his jotter, the one that greets, he takes to his heart and the one that sting; he dodge.
When talking to you, he is rehearsing his spoken line words,
When laughing, he is practicing his gesture to the audience.

They look at each other  all the time like two cocks that want to engage in a fight because, they are looking for an expression that will tell a story that they can't tell.
When a poet dates a poetess, the world of words
Clashes because none will want to go down for the other.
The poet thinks he knows more than the poetess and
The poetess thinks she knows more than the poet.
All of them are in confusion of who is the head.


The poet can't control the poetess when she act,
Because he could be hiding something which he
Think that the poetess might know and use  against him.
The both snore and no one to stop each other:
Both always try to make poetry babies like them,
He may end up forsaking other friends and stick to her in the house.
Both are not reliable and can burn as fast as fire.


When a poet dates a poetess, they become horders.
Their favourite days are not theirs anymore,
Watching movie together will be a mistake.
No one control their proudness because poets are proud creatures.
Envy in their lives takes a new form because the poetess submit not to the poet and the poet carry his shoulder higher and higher until It gets to heaven.


Romanstic sunset will never be the same because
Each of them face the computer each seconds of the day.
He don't spend much money on her  and meals together will be quite different at home.
Holding hands will be pretty rare because he knew what is in her Palm and how to utilised it.
He can't run away from natural disaster,
He stares at different kinds of  people in public.
He find inspiration in the weiredest part of the poetess.

He will have a hard time proving that you were on vacation with him.
He won't write what she asked him to write and most of the things he had written, you might not see.
Birthday gift will be expensive to give you as a poetess that loves him.
He may not help you re- write your self or your history because he has his to re-write at dawn.
Poet' love to a poetess is not real because, he understand the poetess feelings and emotion.


(C) John Chizoba Vincent
#my perception#
#Not to convince you but to make a point#
Posted by Unknown at 9:52:00 AM