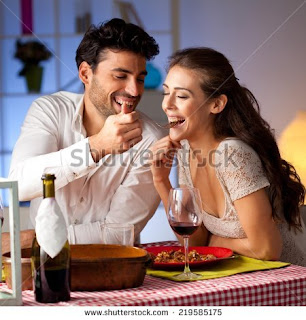 Maxwell promised her he won't do anything funny with her and she  will sleep in his guest room. He apologized to her and said sweet words to her and she concurred.


While Agnes was on the bed sleeping she had a dream. In the dream she saw a man in white telling her to be at alert that she has a gift that the gift will begin to manifest when she have her first son. And the boy will be great and will be powerful enough to save souls from being hurt.


Agnes woke up from sleep and prayed about it. Though she loves clubbing. Looked hot as the wayward call it but she's also God fearing a times and goes to church a times. She went to Maxwell's room and woke him up at the earlier crack of the dawn.

"Good morning Maxwell, hope your night was lovely and nice" she enquired while she moved her hand to demonstrate.


"Good morning and thank you, my night was exactly what you wished" he replied in shock.

Agnes later asked him for his kitchen so she can make something for both of them. Maxwell was still perplexed with her attitude like a good wife material. Without wasting time he showed her the kitchen.


Agnes made a good meal, they both ate, laughed, made funny jokes about the incident that occurred last night and Maxwell began to see more of a wife in Agnes than just a club girl. He thought she's like other girls but to his greatest surprise she's not.


¶¶¶¶¶¶¶¶¶¶¶¶¶¶¶¶¶¶
I'm sure you're deeply following the story so far. Do you think both of them will get married. Drop comment below in the comment box pls.
Posted by Unknown at 1:56:00 AM