IKENNA RETURNED WITH A ZEBRA(a flash fiction by Sunsampaul Egwu) 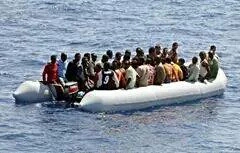 It was a rainy Sunday evening in the village of Umayi  in Enugu state. The village happens to be a poor village as many famers, hunter, and traders are living in poverty no matter their hustles. Ikenna is a little boy, the son of  Ikechukwu one of the fearless and skillful hunters in Umayi. That Sunday it rained heavily as the roof of every huts were found combating with the sky. The sound made by the rain was terrifying as the rain whip many youths  who were still playing football outside; not minding the cold that will batter them thereafter.

Ikenna was only eleven years old and his mother and father were the only one that care for him. He loves the work of his father who his growing old due to he had late issues. Everyday Ikenna will watch his father Ikechukwu practice his hunting skills at the back of their hut. The little boy always gave a pry to learn from his father. Subsequently he continued without his father's notice.

One day Ikechukwu went to hunt but his trap didn't trapped any grass cutter nor did he set his eyes on any animal. He was devastated and weak when he returned home, which made the family slept without eating. This made Ikenna sobber, he contemplated telling his father to teach him his hunting skills and give him the paraphernalia he needed for hunting. He later slept that night with this thought in his mind.

At the early crow of the cock, Ikenna woke up and before his father could set his gun, traps, paraphernalia and hunting bag to go hunter, he went to him " father I've watched you hunt all the time and last night you didn't come back with any which gave us no option than to sleep without dinner, father I desire to assist you in hunting" he said. Inexhaustibly Ikechukwu looked him in his eyes like he was going to devour him, he did that to see if his boy has bravery in him, then he said "my boy; hunting doesn't make you a hunter, I want you to be a hunter before you join me in hunting, so don't worry when you get to the rightful age I'll groom you to be a skillful and fearless hunter than me". Ikenna smiled knowing he'll win his father's heart with his next word, without any hesitation in order for his father not to quickly hurry to the bush he said to him " If Ikechukwu didn't teach Ikenna his son how to hunt who will fire his gun when he's gone or who will check his trap when he's trapped."

Hearing this Ikechukwu laughed loudly and said to his son " Okay my boy; you just proved that your words isn't that of a child but an adult, now listen. Firstly you must be brave, fearless, skillful, and humble, then you must always practice the hunting skill not to get killed by some wild animals, lastly you must be vigilant. They both smiled and Ikechukwu took Ikenna to hunt with him. That day, they both returned with two grass cutters each.

Ikenna wasn't satisfied he wanted to be the greatest hunter that will return with what no one had caught. He went to a bush in the other close to his village; the village happens to be knowns as Ukachi. In the subsequent day. That hot afternoon while he was in the bush he saw some animals fighting. Then he fired his bullet and it hit the Zebra on the left leg. The other animals which were kangaroos, deer and antelopes took to their heels. Ikenna was lucky the wildest animals like lions, elephants, and tigers, wasn't among. Though he was brave and skillful. He dragged the Zebra out of the bush and summoned two hunters to assist him. They were astonished due to his age but they assisted him by taking the Zebra to his village which happens to be close to Ukachi village.

Seeing Ikenna and two hunters, the villages of Umayi were afraid but when they enquired from one of the hunters carrying the Zebra with him they became amaze, and many started singing and praising the little Ikenna for being the first to return home with a Zebra. Many who held the song, quickly join the movement. His father saw him and smiled he was speechless, then he hugged Ikenna and tears of Joy rolled down his chin. The poor mother said "Indeed Ikenna is now stronger than his father though like father like son," and the crowd laughed and all went happily spreading the great news.