POETRY; THE STRUCTURE BEHIND THE WORDS #by Anthony Abten 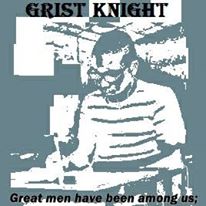 That a poem is to be read for its "message,"

That this message is "hidden" in the poem,

The message is to be found by treating the words as symbols which
naturally do not mean what they say but stand for something else,
You have to decipher every single word to appreciate and enjoy the poem.
Poetry is the art of streamlining words to convey a hidden message to
the audience.
This "art" Is made of several patterns, structure, styles, rules, guidelines etc
An important method of analyzing a poem is to look at the ' stanza
structure or style ' of a poem.

Generally speaking, Structure has to do with the overall organization
of lines and/or the conventional patterns of sound.

Again, many modern poems may not have any identifiable structure i.e.
they use mostly free verse.
When writing a poem, you consider,
1: Message
2. Style
3. Structure
4. Punctuation marks
You got your message
E.g "nature "

Your "style " is next

A poem may or may not have a specific number of lines, rhyme scheme
and/or metrical pattern, but it can still be labeled according to its
form or style.

Here are the three most common types of poems according to form:
Lyric poem
Narrative poem
Descriptive poem

Lyric poem conveys strong emotions and feelings in a poem.

Narrative poem tells a story, more like prose but the style distinguish it.

Descriptive poem explains the world or anything,  giving vivid facts
about such entity. The first style  ask
"what emotion do you want to reveal towards nature ( note, nature
here, is an example)  is it good or bad.
The second style ask
"what event did nature affect, be it rain, sun,  hazard, etc"

The third style ask
"what is there in nature, you want to talk about, plants,  animal life etc.
After choosing such,  we move to the structuring,

The stanzas
The sound patterns
The metre and rhyme

Stanzas are a series of lines grouped together and separated by an
empty line from other stanzas. They are the equivalent of a paragraph
in an essay. One way to identify a stanza is to count the number of
lines.

Thus:
couplet (2 lines)
tercet (3 lines)
quatrain (4 lines)
cinquain (5 lines)
sestet (6 lines) (sometimes it's called a sexain)
septet (7 lines)
octave (8 lines). But some of these stanza may have its own rhythm
rule,  like the cinquain.

Three other elements of poetry are rhyme scheme, meter (i.e. regular
rhythm) and word sounds (like alliteration). These are sometimes
collectively called "sound play" because they take advantage of the
performative, spoken nature of poetry (like spoken word poetry) and
more rhyme (page poetry) .

Rhyme is the repetition of similar sounds. In poetry, the most common
kind of rhyme is the
end rhyme , which occurs at the end of two or more lines.

Forlorn fleas flee in "fray,"
Flutter in circles of "glee,"
No pressure for the riding "gray:"
Nor the tales of a soldier "bee."
The rhyme scheme is " abab"

The systematic regularity in rhythm; this
systematic rhythm (or sound pattern) is usually identified by
examining the type of "foot" and the
number of feet.

Blank Verse: Any poetry that does have a set metrical pattern (usually
iambic pentameter) , but
does not have rhyme , is blank verse.
Free verse, frankly, has no rules about meter or rhyme whatsoever!
[In other words, blank verse has rhythm, but no rhyme, while free
verse has neither rhythm nor rhyme.
African poets love free verse because its simple, easy, quick, not stressful.

Structure to words.
I, learned of the ways of Shakespeare, William Wordsworth, Robert
frost, William Blake etc,  have been drilled to understand that,
The structure you use can make and destroy your work.
If you see the rules as blocks,  you won't succeed.

First,  get your message into the words,
Then shape the words into the structure.
Style has to do with the design of the structure,
Like the design on a book or dress.
Style,  is what gives the poem edge.
We have different types of style Like,
Sonnet,
Ballad,
Ode,
Villanelle
Elegy etc. 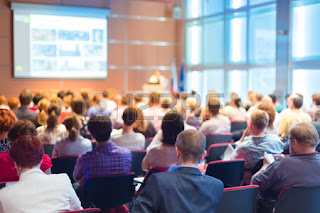 I'm Kolawole Taiye Paul, a publish poet and student of English and
Literary study at Kogi state University Anyiagba, Kogi State. I'm also
the assistant co-ordinator of Ghetto City Of Poetry. Today I'll be
discussing the topic:
Reconstrustion of our minds for a liberating ART:The kind of writing
that facilitates 'change.'

For the sake of 'proper understanding,' the following 'key' terms are
defined by oxford advanced dictionary(8th edition)

Reconstruction:
The activity of building again something that has been damaged or
destroyed: the  reconstruction of the  of the sea walls

Mind:
Your ability to think and reason;your intelligence;the particular way
that somebody thinks

Liberate:
To free somebody from something that restricts their enjoyment of
life: writing poetry librated her from the routine of everyday life.
However,it should be taken note of that we used the continuous form of
the verb,'liberating.'

Change:
To become different.
It should be strongly noted that the change being referred to is not
the 'Nigerian political change being clamoured.'It goes beyond that.
We meant 'different' in everything. Finally
,if you are very
observant,you should know that we have only used the definitions
that suit the purpose of this lecture.
Let's keep the ball rolling....Welcome everyone.

This cuts through the three genres. Poetry, Prose, and drama. We do
not blame the writers of these kind of writings as at that time
because the occasion demands it. For example such works of
lamentations and protest includes the works of the great chinua
Achebe,Wole Soyinka,Athol fugard,okot p'bitek to mention a few.

There is no doubt that this kinds of literature provided the platform
for social criticism, as the author tries to portray the real society
in his/her works. Mind you,the work of a writer is not to be a social
critic. His/her job is first to write. Whatever genre suits his or her
ability. Having established this fact, Africa, although free from
colonialism still suffers from imperialism,modern slavery and
ultimately bad governance and poverty. The effect of bad governance is
evident almost in all the African states today. Thereby increasing the
numbers of social critics including we creative writers. Some African
writers seldom write anything without lamenting one plight or another
in Africa. The question is. Is this the primary job of a writer?

Yes there are theories that back this up, especially the fact that
writers are considered as prophets in the society. They make realities
come alive on papers. Now, must we continue to be prophets of doom
even though situation warrants it? In lamenting, contemporary writers
have continue to dance to the tune of early writers-lamentations. This
has in no way Change situations in Africa, they only make things
worse. Most writers just paint the fact that the uglies reside only in
Africa. Now there is a kind of art that should librate us at this
stage.

Writers in Africa have done less in projecting Africa as a great
continent,so are the theories they engage in writing their works. I
can boldly say that the theory that celebrate Africa and Africans is
the negritude theory. Other theories have been used only to relegate
Africa as a continent and the great black people in it. A kind of
writing should librate us, it was what i called a librating art. It
facilitates change. Especially change in the manner the international
community looks at Africa.

Africa is not the worst continent in the world, writers of whatever
kind should work in portraying the positivities in Africa.You may be
as hort story writer, a poet,a novelist, a dramatist, or even a visual
artist.

Your 'mode of representation' should favour Africa and portray it as
a blessed continent even in the midst of turmoil. For how long shall
we continue to lament? Do more works on the beauty of Africa as a
continent, there are only few who does this. There is a way it
liberates the people in the society, at least there minds.

A colleague in school had said that the African child is made to sing
always,'London bridge is falling down. 'There are so many bridges in
Lagos,it can fall down too. We need to produce more arts that
celebrates the values of Africa as a continent,if not our work of
lamentations will keep relegating and projecting Africa to the outside
world as a continent full of calamities. The northern region of my
country suffers from insurgency...It was okay for writers to write
about this,but many has turned it to a song they sing everyday with
their artworks. I am not against  using that as a raw material...but
don't turn it to something else. Other countries in the world suffer
from insurgency too. All we have been praying for ,is that peace
should reign in Africa and that Africans live in peace. I am not
saying that African writers should not portray the situation as it
is,but we already have too much of such literatures.

Let's start writing more works that celebrate Africa. This may be
difficult because Africa still passes through a lot of  social
problems,  Terrorism, Bad governance, Nepotism, Tribalism, and more.
No doubt,but your works as well should uplift the image of Africa.

As we draw the curtain. I would like to first be an example
A 'preacher' lives by example...And that's why i love the fact that
someone called me a preacher earlier...
So I'll share one of my poems. It was written sometime this year

With arm, hand and stick

With stick,hand and arm play the drum.

The hide has been sunned for you

Straightened for those energetic hands

For with one you cuddle And with the other you hit

You make sweat a thing so sweet Play the drum drummer

Our kembe await the vigour of the evening breeze

This abeti aja must fly its ears to your sounds

Sailing across the sahara beneath our feet Play the drum drummer

For our breasts need to break the wind-

So silent to the cry of our ileke.

Let us lift our aso oke in array of colours To compliment the cry of the hide.

Let our waists bounce in response

To your play placating the peace

Of the evening breeze Play the drum

Jerk it up And bring it down

Remove beneath your arm's care

Beat it with hand and stick Play the drum drummer

With arm,hand and stick play the drum

Turn round and round ayan...

Ayan..., round and round in turns. It pays to play the pain out

Exert pressure on the hide

Drag the tip of that bent stick

On the field of that drum.

We see your sweat

Tracking ours on the wing of sound

Our feet paint the flour

But no more dust. Stop the drum drummer

Without hand and stick

But in your arm

CITADEL OF LIFE LECTURE TOPIC: WRITE FROM YOUR HEART by Alex Osagie. 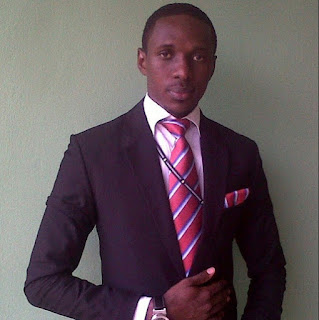