It was a raining day, as the roof were seen combating with the hut, I was alone in my father's hut that fateful evening when the wind came like a deadly beast. Children were running and Parents screaming. I've no were to run to as our hut was still dripping of water due to the bad roof.

It wasn't long before the heavy downpour subsided, after which I've developed a big scar on my face. It happens like a dream though it was real. I've desired to be a doctor, to treat those lads and lasses in my village, to care for the wussies and aged ones, which has been my secret, but here I'm with a terrible scar planted on my face.

Few hours later father ran in with Victor my elder bro, they've both been soaked and were shivering due to the rain that rained on them. I felt guilty for my scar, I'd have ran out from the hut knowing fully that it only has half life. I was naive and scared of father searching for me in the middle of the drizzling downpour. That day I grieved in excruciating pains not just because of my scar but because father was restless, he couldn't even tell me tales by moonlight which was his norms.

Not long after the incident of fear, injury and sorrow, I led that into a conversation that has to do with my future, my carrier, my destiny, to become a Doctor; yes to become a Doctor. Not a Native Doctor but a Medical Doctor. Dad gave me his consent after assuring me of his financial status. So I left for Lagos in search of my Uncle whom I believed will sponsor my career.

As God may have it he concurred and sponsored it and I became the best Medical Doctor with a car which I drove home for Dad's blessing.

Dayo a naive and timid young man was on his bed sleeping one hot afternoon. He has been  jobless every since he graduated from school. He has rejected so many little jobs that were below his standard.

He was still sleeping when his mother left for her business in the market. She happens to be the only family he has. His mother picked up her bag, put on her wristwatch and zoom she galloped into the street. She was walking and thinking about the joblessness of her son when a car ran over her.

The reckless driver quickly zoomed the car In full speed leaving Dayo's mother in the pull of blood. Akeem a neighbour to Dayo was at the scene of the event. He quickly ran home to informed Dayo the sleeping jobless lad.

"Madman, you're here sleeping this hot after, while your mum is bleeding profuse" he barked as he slapped Dayo on his left leg. "Come closer and tell me you're joking" Dayo quickly replied amidst fear.

Days stood up, wore his shirt because he was only in his short and accompanied Akeem to the hospital his mother was taken. On getting there the doctor told him his mother want to speak to him because they can't do anything due to the excessive loss of blood and fracture.

She quickly rushed to his mother. "Dayo my son, I know I've not been able to give you the beauties of life, but her I will give you my last words of wisdom" She said amidst tears while holding Dayo's left palm. "Mother what are you talking about" Dayo stammered. "Son always he independent, you've got God by your side, so always be the man your father want you to be, also be prayerful and avoid women like I always told you. I mean avoid wayward life and strive to be great" She said as her eyes travelled to forlorn journey.

Dayo couldn't bear the encounter that his mother left him to the other world. He leaned on the wall,for his shirt, screamed but tear failed to proceed from his soft eyes. He vowed never to misused the words of his mum while leaning on the wall in pains. 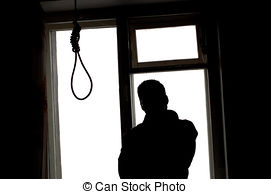 At the beginning
Railways met crossroads in tiny lines,
Lines broken so easy;
Then everything becomes messy.
The truth messed my head about the lies,
The lies crumpled the defense of my past.
In one day, reality set in like a beast,
In with all other package tossed in the bin.
I never knew
That memories kill,
It could kill even me for being so blind,
But a child, her free spirit I longed to bind.
Days become weeks
And month brought the dread and dead,
But first! I was weak
So I decided take the journey to the next world.
It would be painless, blameless, fearless. Sue
said;
Finally I could run fearless in my darkness.
Brave at last, I decided to take Sue's side,
But then I died, and it was called SUICIDE.
I just never knew
That I was passing through excruciating pains
Before taking my life.
I longed to enjoy life,
But life enjoyed me instead.
Sunday Samuel Paul Egwu popularly called
Philosopher is poet, blogger,
writer,and 300 level
computer science student of National Open
University of Nigeria. He's
the pioneer of Ghetto city of poetry and CEO of
citadel of life. He
was the winner of poetry court join me write
poetry competition and
talented poet annual duel. His poems are
published on
several
hard copies
anthologies and blogs. His email is
Sunsampaul4globe@gmail.com
Posted by Unknown at 11:44:00 AM No comments: Links to this post