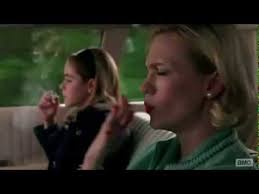 "Son tell me what you dreamt about me" she hastily asked and Samuel
narrate the dream to her and begged her not to even go for the trip.

Samuel's power has made him strong at his tender age, he's obedient
and hardworking. His mother later gave birth to a girl named Stella.

Unlike Samuel, Stella is stubborn, playful, disobedient and
troublesome. Each time she went out to create problems, Samuel will be
the one to bear the cross.

Samuel will always stand for his sister, but he never failed to warn
and advice her. One night he dreamt when his sister was fighting with
her classmate and was stabbed by one of the gang who came to school
with a pen knife.


When he woke up, he prayed vehemently about it and decided to tell his
sister, he searched for her but couldn't find her.


"Juliet, where's Stella, I must see her before she go to school
today?" He enquired.


"She hurriedly left for school when your mother was going to work, she
joined her in the car" she replied.

Juliet is a maid working for Samuel's family, she does most of the
house chores. Samuel is waiting for his UTME result, he passed his
WAEC with flying colours. Stella is a naughty girl in SS2 science
department.