BOND OF LOVE By Sunsampaul Egwu Philosopher Episode one 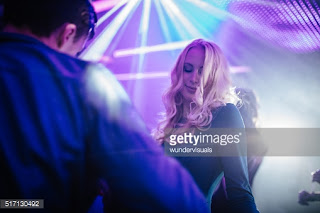 Maxwell who's popularly known for his reckless way of livelihood, though he's  a brilliant young man with the tongue of wooing any Lady to his bed. His wayward lifestyle as a player continues even after he graduated from the University of Nigeria Nsukka  as a political science student.


His mode of dressing is so exuberant to the extent many ladies were thinking his father is the richest, but no he was only being the fashion type.

During his numerous catch of ladies, one day he met a young girl, vibrant and beautiful, whose beauty can't be resisted. She's Agnes but fondly called Agy by her friends and colleagues in her office.

Agnes a mass communicator who graduated from University of Calabar. She's from cross river, her waist side is so wide and her hip is large and always combating with any skirt and trouser she put on. She has an attractive smile and barely frown. Her attitude is not too wield ad she is not a player like Maxwell.


Couple of times Maxwell has met her in a club but decided to study her before taking a step.

Unlike his other catch, he doesn't think twice before wooing any of them. But Agnes's case is different as he kept thinking on how to capture her heart with his romantic way of wooing a girl. After about 10 minutes Maxwell walked up to her and to her he said.
Posted by Unknown at 1:54:00 AM