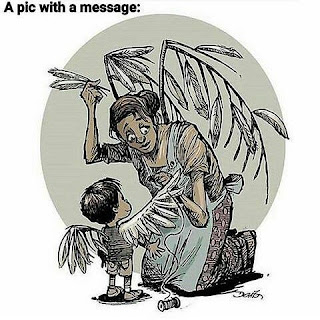 This is the purest kind of evil,
Where the heavens receives human blood as wine on the altar;
A barbaric act, draining the mind of the masses,
Whose eyes barely see a better tomorrow
As their blood stain the sanctuary in abyss.

Many of them are gone,
Gone to the land of no return,
They left their praises with the Messiah,
Only for us to witness a mess higher.
Now our tears sing songs,
Songs that our ears can't hear.

These men are awesomely wicked
No wonder, they're like aliens with weak heads
They are mostly called gunmen,
That's why they show no mercy like those gone men
Who claim lives through mass murder;
Now we don't know if there's mass for our mothers
Whose brains were blown out as they were murdered.